TEACHING IS NOT a lost art, but the regard for it is a lost tradition. 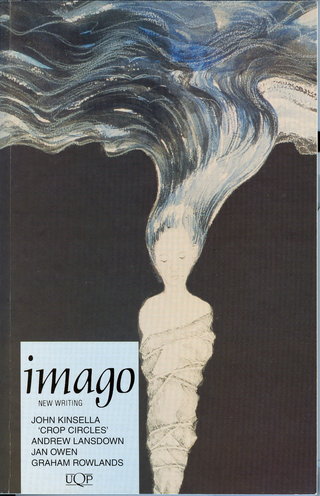 EDUCATION IS AN admirable thing, but it is well to remember from time to time that nothing that is worth knowing can be taught.

Oscar Wilde ~ The Critic as Artist 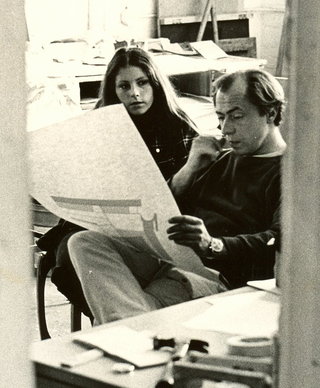 Steve Poleskie discussing a students work in his office at Cornell. The student in the picture is not the girl in the story, which is a work of fiction.

HOW MANY THINGS that we consider right and true are merely the vestiges of our dreams, the sleepwalking figures of our incomprehension! Does anyone know what's right or true? How many things we consider beautiful are merely the fashion of the day; the fiction of their time and place?

Fernando Pessoa
The Book of Disquiet 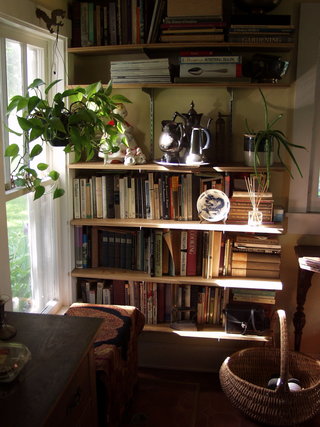 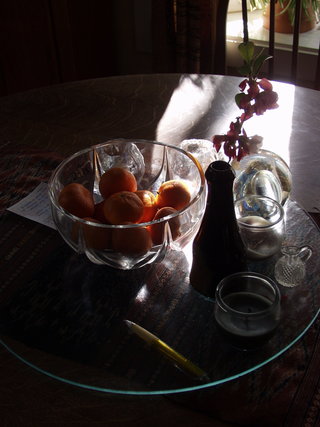 I WASN'T MARTA'S PAINTING TEACHER, only her academic adviser. In fact I had never had her as a student. Marta came to see me because she was having trouble with her other professors; she brought along one of her paintings to show me.

When she unwrapped the small canvas I was taken aback. I had seen many student paintings in my thirty years of teaching, but I had never seen anything like this before. In truth I cannot describe it to you, as I have nothing to reference it to. All I can say is that while it had very little color, appearing mostly white, it had all the colors within it, the way snow is not really white. The painting was pink or gray or blue or lavender or green. The painting was winter, yet it encompassed all the seasons. The work was a landscape and a figure painting at the same time. If you stared at it long enough, images appeared faintly, reminding me of the Shroud of Turin.

Marta told me that she couldn’t work in the studio she shared with six other students; it was too crowded, too distracting. They were all “realistic” painters, and therefore “against” her work; which they saw as abstract, although I saw the painting she had brought as more real than reality itself.

Her painting professor had told Marta she was “wasting her time,” and that she should transfer to some other field. I told her she could use my studio; I didn’t use it much anymore. I was envious of her painting. If only I had painted it, I thought. I wanted her in my studio to see if she could make another.

As the semester progressed Marta seemed to plunge into confusion. I would come to my studio at times when she was not there to look at what she had created. None of her new pictures had anywhere near the brilliance of the first white painting she had shown me. Nor was there much merit in the ragged pile of works that had preceded it, and that she had carried over from her previous space.

Some students complained to the department chairman about me allowing Marta to use my studio. Someone even started a rumor that we were having an affair, although I had made it a point never to come to my studio when I thought Marta might be working, and to leave immediately if I came and by chance found her there.

I was called in by the chairman, and despite all my explanations, was told that I should not have allowed a student to use my studio which, I was reminded, was university property provided for my use only. If I had no need for it, I should give it up completely, but I could not share it with a student. I was also told that if I didn’t comply with the chairman’s wishes, there was a good chance that I would be out of a job when it came time to renew my contract.

Marta became very upset when I told her she had to leave my studio and return to her shared space. When I came in the next day she was gone.

The corner of my studio where Marta had worked was divided off with the kind of yellow tape that police use to seal off crime scenes. In the center of the divided area was a pile of her paintings: all slashed. I rummaged through the pile, which I realized to be every painting of hers I had ever seen, but the white painting was not there. On top of the pile Marta had left a note, lettered with a brush in red paint on a piece of white drawing paper, it said: This is my place and I will be back.

A few hours later the campus police called asking if I knew where Marta was. Her roommate had called security when she had not returned last night. The two girls had planned to attend a concert together that evening, and Marta was not in the habit of going off and not telling anyone. I asked the officer on the telephone if a crime was involved, and why they had cordoned off the pile of slashed paintings in my studio. He replied that they knew nothing about any damaged paintings, and would immediately send a man over to investigate.

Marta’s disappearance created quite a scandal, and for the next three weeks I was regularly summoned to the offices of the chairman, the dean, and the police, to repeat again what little information I knew.

Then I was called in and told that Marta had been found, and that she was now confined to a psychiatric hospital in New York City. I was warned not to try to contact her, but I could speak to her parents.

On the phone Marta’s mother was detached, and her father refused to speak to me at all. I had no way of knowing what the university had told them; however, they seemed to be holding me responsible for what had happened to their daughter. After assuring myself that Marta was doing well, and that there was nothing I could do, or would be allowed to do, to help, I asked the mother if she had found a small, mostly white, painting among her daughter’s things. The painting I remembered as being so wonderful, and so white that it encompassed all the colors, like snow. A painting that contained a true whiteness, which as an absolute was not supposed to exist.

The mother replied coldly that there was no “white painting” among her “things”, as there were no “things.” They had never discovered where their child had actually been living. When the police had picked her up, Marta had been standing on a street corner in Brooklyn waiting for a bus. Realizing that she had no money to pay for the bus, she had decided to “fly” to Manhattan by flapping her arms. When she was unable to take off despite her rapid flapping, Marta had come to the conclusion that she needed to lighten herself, which was when she removed her clothes. The police had called an ambulance and Marta was taken to Bellevue.

A year later I received a letter from Marta. She had been institutionalized for six months, but was now out, and studying at an art school in the Midwest. Her letter made it sound that she was happy to be in an art school and not at a university with its social distractions and academic requirements. I replied almost immediately, although I didn’t usually respond to student letters at all. I told her how happy I was to hear from her, and how talented I thought she was, and was glad that she had gotten herself back on track. In closing I mentioned the white painting, and how wonderful I thought it was, and suggested that, if she still had it, she might look at it and use it as a starting point for her new work.

Marta did not respond for a long time, more than three months as I recall. When she finally did, I opened her letter and was surprised to see it had only one sentence; no greeting, no signature, it merely said: I have never made a white painting.

IF IT IS TRUE that when an art defines its own present as history it has come to an end; what then is left? Have we become so fascinated with progress that we fail to recognize that every step forward is also a step on the way to finality?

Stephen Poleskie ~ The Banquet, a short story listed in the sidebar to your right 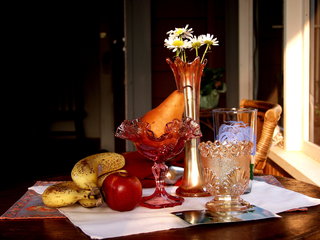