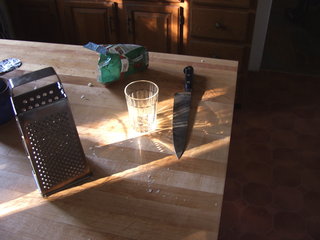 "Grater Knife" 2008, photo/inkjet print - this image was used for the cover of the book "Grater Life"

Stephen Poleskie . . . has provided us with a gripping, sometimes funny, sometimes startling, and always dramatic novel. Grater Life puts the reader in the presence of a volunteer hospital visitor, and a man in the final stages of AIDS. They exchange stories of their lives that reveal their inner selves to us in a most intriguing, and gripping way.

By the end of the novel, the reader feels that he has met, grown to know, and to love the two struggling characters that make up pretty much the entire cast of this book.

Poleskie treats the topic of AIDS properly, with respect, but lets the reader know that love, joy, hope, and, yes, even happiness can be found amid the suffering of an AIDS patient.

This is a five-star novel, and I highly recommend it to all adult readers.

I used not to be interested in Dutch 17th century painting, and then - bang! or whatever they say in Dutch - the scales fell from my eyes. Now whenever I go to a gallery, I go straight to the Dutch artists. It's the light. 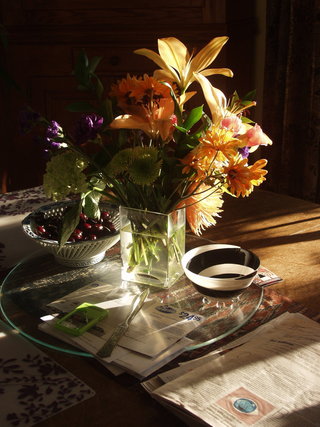 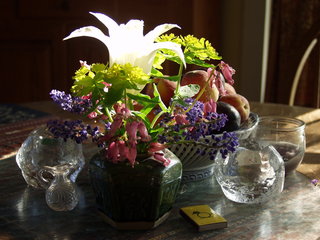 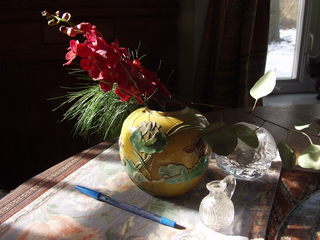 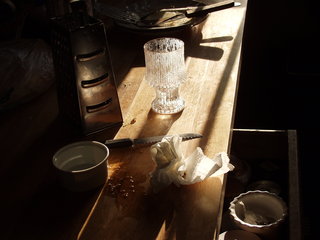 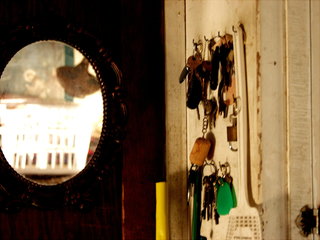 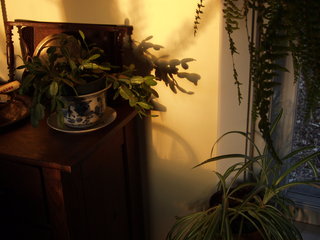 From the first three pages:

OUTSIDE THE WINDOW it is snowing. The gently falling crystals reflect a dappled luminosity from the lights of the floors below. The only view is of the white-covered courtyard behind the large and elegant main building, and the front of the low and featureless annex that had been constructed during the Second World War when the hospital was overflowing with recovering wounded. A blind alley leads from the open space to the wall, the ultimate cul-de-sac, a dismal place beyond which one can see no farther.

Using his palm, the man wipes away the condensation from a frozen windowpane. Through the moist, circular opening the early evening can be seen giving up its final light. The patient looks back inside. He is annoyed. Much to his distress an uninvited stranger has invaded his solitude.

“Hello, I am John Klaus, your volunteer visitor,” a neatly dressed, middle-aged man announces as he enters the room. The overenthusiastic sound in his voice is meant to disguise his nervousness.
“It’s nice of you to come,” the patient says. “I don’t get many visitors, so I’m not exactly clear about what you want. Perhaps I’ll find your visit entertaining. I’m not rich, so don’t expect me to give you any money. The hospital has already taken all I have; I live here on charity.”

The patient, who is much younger than his terminal illness causes him to appear, does not appreciate this intruder. In fact, when his social worker had mentioned the possibility earlier in the week, he told her emphatically that he did not want to entertain a volunteer visitor.
“Please, let’s not talk about money,” the visitor goes on. “I don’t want anything from you. As for my motives, I’m not exactly clear myself. My job leaves me with a great deal of free time, and I have no immediate family, at least not now . . . although I had a wife once. So I decided I would come out here and volunteer, just to talk, or perhaps play a board game, something like that; I never learned how to play card games. They gave me your name . . . said you never mixed with the others, never watched television, mostly just sat alone looking out your window. They said you might use a little companionship, cheering up they said. So here I am. . . .”

“Oh, so my bright, young social worker said I needed a little cheering up did she? They must not have taught her very much in college if she thinks I’m depressed. I’m not at all depressed. For someone who has been told he has an incurable illness . . . I’m quite content.”

“I’m sorry, that’s not what I meant. I mean . . . they didn’t say a thing about your illness. They said just act like you were an ordinary person.”

“Doctors frequently lie,” the patient interrupts. “Do you always believe what they tell you? You can’t trust a doctor as far as you can throw one. I learned this early in my life . . . when I was in my teens.”

“Really? When you were a teenager? Whatever happened that caused you to arrive at such a pessimistic conclusion back then?”

“It’s a curious story. Would you like to hear it?” the patient says, suddenly surprised by his own unexpected show of enthusiasm.

“Please go ahead, I have plenty of time. After all conversation is what I came here for.”

“Well . . . it all began when I broke my ankle. That is I didn’t really break it. I only pretended it was broken so I could get out of moping up the sewer water that had flooded the basement of the store where I was working for the summer.”

“What does this have to do with doctors lying to you?”

“Wait, let me start at the beginning,” Janus says, clearing his throat in that rasping way he has acquired with the advance of his illness.

With no one else around, the world begins to spill out. "Grater Life" is a collection of short fiction with the tying together premise of a dying AIDs patient and his nurse. The two share stories as the patient has no one else to talk to, and the stories prove witty, and indicative of author Stephen Poleskie's fine style. "Grater Life" is of high recommendation to short fiction fans looking for some great little stories.

GRATER LIFE; More Than a Collection of Stories

Stephen Poleskie’s latest work of fiction Grater Life is a complex and original book. Written in what could probably be labeled the novel-in-stories format, it is neither a novel, nor a collection of stories. A more accurate description would be a “novel about stories.” The book has three narrators; the patient, Janus; the visitor, John; and an omniscient narrator who sets the scene, and provides comment and background. In the event you think this might make for a difficult read, quite the opposite is true. This book readily flows along, carried forward by the author’s eloquent and descriptive prose style. The reader eagerly moves from story to story, each one introduced by a dialog between the patient and visitor. Poleskie writes with a rich and full vocabulary, in the manner of such European authors as Bruno Schulz and Witold Gombrowicz, and with the dark praise of obscurity and failure found in Fernando Pessoa. The story plots themselves are complicated and varied, with names like; Scamming, The King of Jingles, A Six Veil Dance, and Whoopee Loot Bag. The stories are told over twelve months, in twelve chapters, and with a final chapter identified only by an ampersand. As they are revealed the stories provide us with an understanding of the storytellers themselves. We learn how the patient acquired the AIDS virus he is dying from, and how the visitor lost his wife to another women. We learn of lives destroyed by circumstances beyond ones control, and how these lives were put back together, only to be lost again. And we learn how two men antagonistic at first, believing they are complete opposites, can come to love one another, realizing that they are not so different after all. Grater Life is a daring and irreverent book that deserves to be read by a wide audience. This reviewer does not hesitate to give it his highest recommendation.

Though the wall-building metaphor for writing occurs later in this novel, Poleskie's Grater Life revolves around a breaking down of walls as it happens when two individuals in a hospital room --visitor and patient-- disclose their life stories. By reflecting on their respective pasts, which include creative undertakings, aborted plans, anecdotes that are surreal and ultimately become points of deep insight into life's absurdities, and through retracing of personal detours and accidents, the two men act like Scheherazade, telling stories that stop an encroaching death. While the specter of AIDS shadows the narrative, it is the bright humanity--and the unvarnished truths that are realized through their dialogue -- that makes this novel moving, tightly focused and surprising. Highly recommended 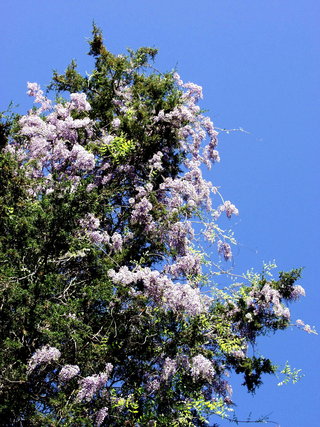 ABOUT TWENTY YEARS AGO, Steve and Jeanne planted a small wisteria that a friend had given them next to the driveway. The plant did not seem to be doing well, and never bloomed, so they cut it down. Unoticed by them, the wisteria had sent out roots, which climbed up the neighboring spruce trees. In the spring the tree branches are covered with wisteria flowers, giving them a strange appearence of flowering spruce trees. Unfortunately the spruce trees are being overtaken by the vine, and are in danger of becoming no more than a wisteria arbor.