"Publishing is a terrible invasion of my privacy. There is a marvelous peace in not publishing."
~ J. D. Salinger 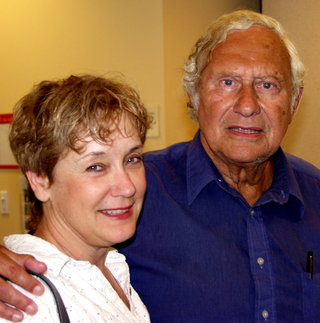 Jeanne Mackin, and the late Paul West at Jeanne's book reading at the Tompkins County Public Library in Ithaca, in 2007. 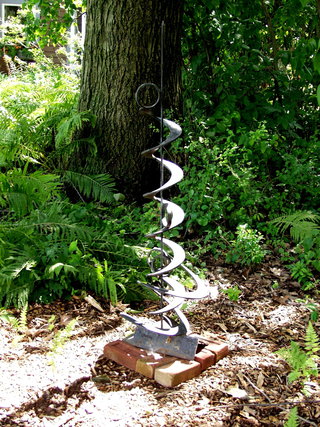 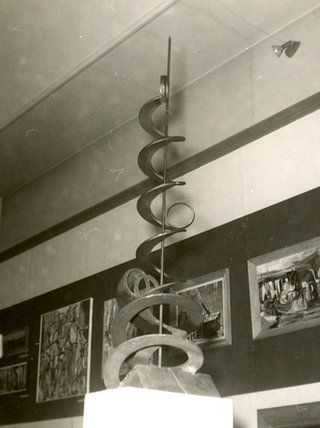 "Apogee" shown in a grander moment in the Everhart Museum, Scranton, PA, October 1958

DURING THE SUMMER OF 1958 I learned how to weld metal and, in my youthful enthusiasm, working in Zaminski's automobile repair shop in Pringle, PA, I completed twelve pieces of sculpture in three months. Of these only three remain. The one pictured above, Apogee, which had been at parent's house until they died, I have moved to my garden in Ithaca. There is a piece in the collection of the Everhart Museum in Scranton, PA, seen below, and another in a private collection. The other nine have been destroyed. 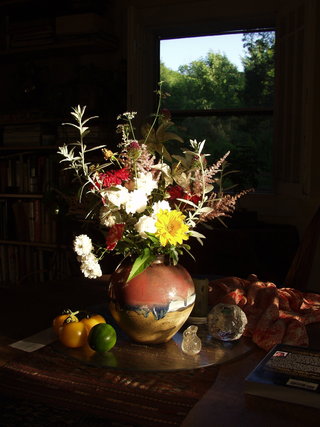 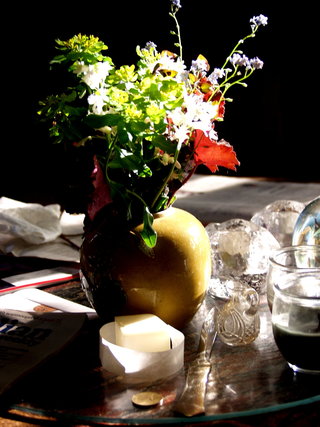 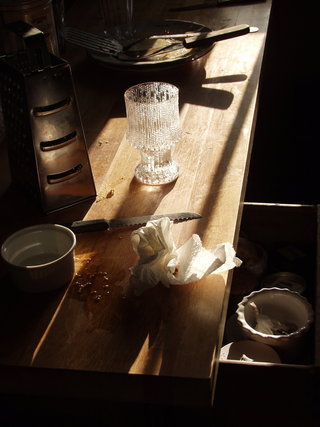 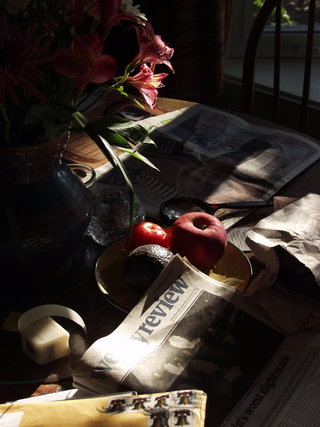 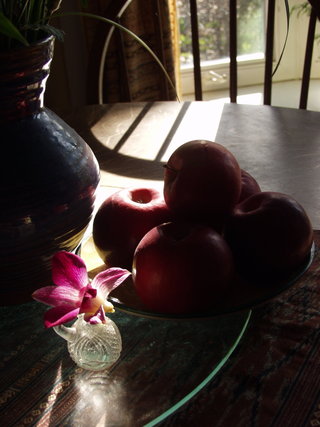 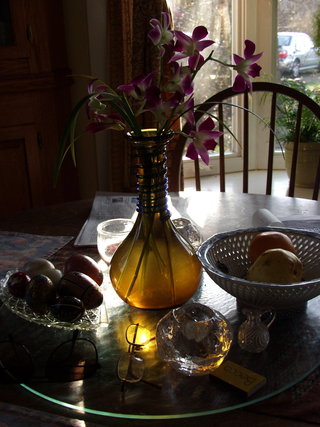 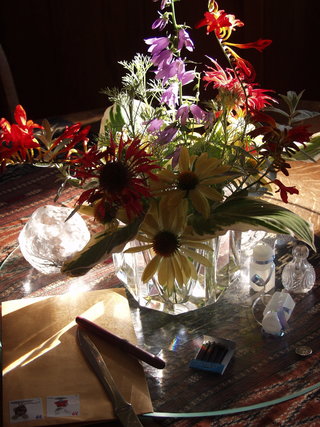 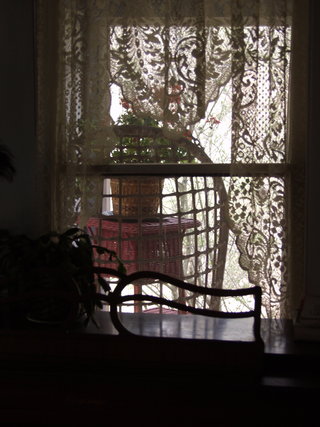 "Before the Piano Was Moved" photo/inkjet print, 2009 (enlarge) 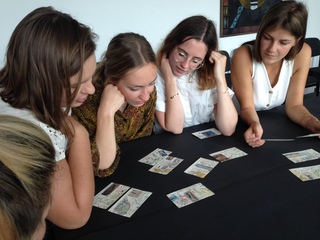 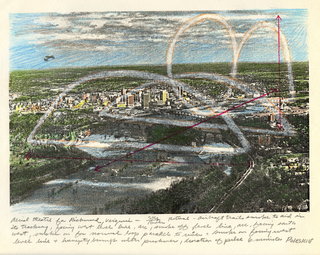 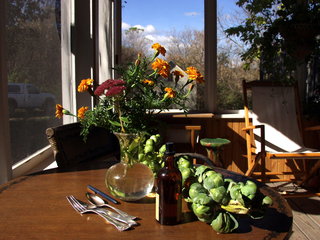 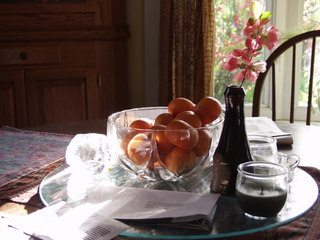 Where is your favorite place to write?

In my studio at home.

Has Ithaca influenced your writing in any way?

Yes,by knowing and being able to associate with all the fine writers who live in this town. And it was in Ithaca that I met my wife, the author Jeanne Mackin.

When do you get most of your writing done?

Name two books that have inspired your writing?

Who is your favorite author?

What do you want readers to take away from your work?

A sense of understanding about what I have written, and how it relates to their own lives.

What do you love most about being an author?

I am not adding to the large inventory of stuff I already have stored in the attic, garage, and barn left over from the years when I was a visual artist.

What are you working on now?

I have just finished a novel about deceit and corruption in the American political process. I call it "The Third Candidate."

If you could have dinner with any three fictional characters, which would you choose?

SP: No. I photograph all kinds of subjects when I find the light touching something in an interesting way. These are things mostly around the house, in the back room, corners, etc. What I don't photograph right now are landscapes and people.

Q: Why no landscapes or people?

SP: Well I used to paint landscapes and people and may go back to these things in the future. What galleries seem to want to exhibit these days are my still lifes, mainly the ones with floral arrangements. So people rarely get to see the photos that do not have flowers. In answer to your question I have posted few a examples of my other subjects below. As you can see I deal a lot with simple things, things that one might nor see as beautiful at first glance. 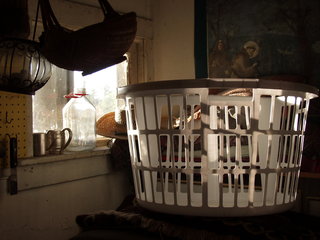 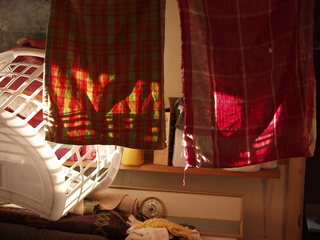 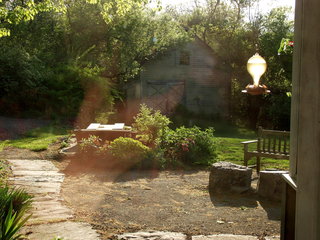 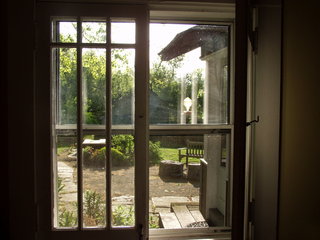 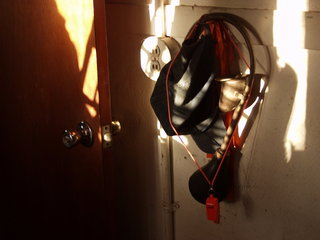