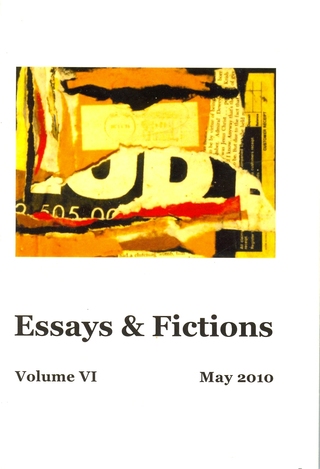 Cover of the magazine in which Aristotle Thinking first appeared

On No Days of our childhood did we live so fully perhaps as those we thought we had left behind without living them, those that we spent with a favorite book.


A BRIGHT, YELLOW AND ORANGE FALL DAY was rapidly sinking into the grayness of dusk when Aristotle arrived home with an arrow through his backside. He tried to go into the house, but couldn’t get in by way of his cat door as the shaft, which was sticking out of both sides of his body, was too wide. A good cat, Aristotle sat on the porch in the lengthening shadows, licking his wounds, waiting for Josa to return to let him in. But she was away getting things from the old house. Aristotle didn’t know that.

Aristotle couldn’t have gone to the other house even if he wanted to. It was too far away for a cat to walk before dark, a three hour trip by car. He had liked the other house when he lived there by the lake with Josa and John. But now John wasn’t with them anymore, and Aristotle and Josa had moved to this small town in the mountains, where there was only one grocery store, which did not stock the kind of cat food he required, so his bowel movements became loose, and he gagged up quite frequently. It was also a town where frustrated, or perhaps just bored, bowhunters shot their arrows at any small creature that happened to cross their path.

Initially it had been almost fun, a new kind of game. Aristotle had never seen a bowhunter in his former hometown by the lake, which banned all hunting, except that done by cats. The first arrow that had come his way, while he was stalking a gray squirrel in the woods behind the Catholic cemetery, had missed him by a good margin. This made him curious. Here was something different, something the tom had never seen before. The long straight stick had come from some device held in the man’s hand, flying very fast, first with a twang and then a hissing sound. Squinting his eyes, Aristotle stared at the thing, which was stuck into the ground at an odd angle. On the end of the stick not imbedded in the soft earth was what looked like some feathers that had been pulled from the wings of a bird.

Aristotle knew about birds. He hunted them; not that he ever caught one. He did once, and Josa had seen him playing with it and taken it away from him. She scolded him saying: “You mustn't do that!” And then she put the ruffled and shaking flier, its eyes wide, in a place high up under the eves on the porch where he couldn’t get at it. Aristotle watched while the little bird crouched there for a short time getting its bearings and then flexed its wings and flew away.

So now when Aristotle waited for birds in ambush, and then dived out of his cover, he only scattered them into the sky, holding up if it seemed as if he might actually get his tiger-striped paws on one. And Aristotle did the same thing with squirrels, even though no one had warned him against catching them. After all, there was no need for him to kill anything. He always had plenty of food at home in his bowl, which Josa kept filled to the brim with his favorite kibble, which she now drove to a store three towns over just to get for him.

His very first encounter with an arrow had taken Aristotle by surprise, causing him to break off his pursuit of the squirrel in mid flight, a change of plan that probably saved his life. When he heard the strange swishing sound a second time, Aristotle quickly dived under the cover of some nearby ferns. The arrow stuck in a tree trunk, vibrating just above his head. When the bowman had walked toward him, and then stopped to pull his first stick out of the ground, Aristotle took advantage of the man’s distraction and scooted for home, careful to keep his ears and tail down as he fled.

He found it exciting. Here was a secret game to play, Aristotle thought. The cat had no fear. No one had ever harmed Aristotle, or even threatened him; although his tail was accidentally stepped on once.

Then one day, while chasing a red squirrel, Aristotle saw for the first time the reality of what happened when an arrow found its mark. The squirrel stopped abruptly, pinned in place. It struggled and tried to run. But eventually, realizing that it was going nowhere, the little creature shuddered and ceased moving. Aristotle watched from his concealment as the man came to reclaim his arrow. With a triumphant gesture the skewered animal was pulled off the shaft and flung into the brush. Aristotle did not move, unsure of what had just happened. When he was sure that the man was gone, Aristotle went looking for his little playmate.

Heading for the spot where the squirrel had been thrown, Aristotle stalked through the tall grass in a crouch, his ears back. As he neared his goal the grass suddenly gave way to a gravel path. An inner voice told Aristotle that he should be cautious crossing this wide open space. Halfway across the path an arrow pierced his backside. Aristotle tried to run, but could not. Using all his strength, the poor cat could only manage to move along by dragging his back legs behind him. His body shook with a mixture of anger and fear that he had never known before, and now fluid was seeping out of his fur. Instinctively, he pulled himself back into the tall grass and hid until the man was gone. When he thought it was safe he painfully crawled home to find Josa. Aristotle was sure that she would help him, as she always did. But when he finally arrived at the house, Josa wasn’t there.

Resigned to his fate, Aristotle waited patiently at the back door as the sun set and the cloudless, red sky slowly turned to darkness. He was in agony, but all the poor cat could do was to sit there quietly licking his wounds and thinking.

Now there are some people who do not believe that cats can think. These people have never had a cat. You may ask: so what then was Aristotle thinking? The look on Aristotle’s face revealed that he was thinking he feared it might not be long before he would stop thinking altogether.
Aristotle was thinking whether or not he had made the right decision when he scampered up on Josa’s back porch some three years ago and committed himself to living with human beings—and how much Josa loved him, and fussed over him.

Aristotle was thinking about his life before that day, living in an abandoned barn, a three-day cat walk away—and how he had gone looking for what he did not know; food and water and a safe place to sleep.

Aristotle was thinking of the other cats from his litter that he had left behind, and wondering where they all were now—and how hungry he had always been back then, and how fat and cuddly he had become.

Aristotle was thinking how he had once, for no reason he knew, jumped on top of a strange gray female cat that had wandered into the yard and begun biting her neck, and rubbing his stomach up and down her back. And Josa had yelled at him telling him he had no need to do that as he was “fixed.” And then the gray cat ran away.

Aristotle was thinking how much he would like to take a nap, which was what he normally did about this time of the day—but couldn’t lie down because of the arrow.

Aristotle was thinking that if only Josa would come home she would take the thing out of his body and make the hurting go away.

Aristotle was thinking all these things when, as if somehow he heard a call from somewhere else, Aristotle suddenly stopped thinking.

And then it all began again.