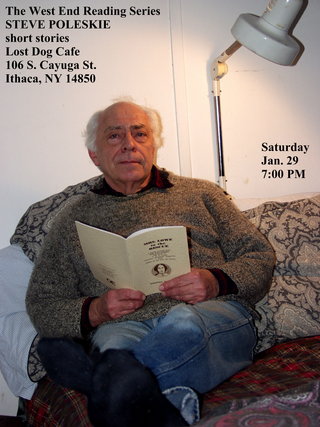 It is regularly voted one of the best books of all time, a timeless piece of satire that has never gone out of print in the 64 years since it was published. But when George Orwell sent Animal Farm to TS Eliot for consideration, the poet - then a director of Faber and Faber - rejected it as "unconvincing."

In a letter from 1944 explaining why he would not be publishing the work . . . Eliot told Orwell that he was not persuaded by the "Trotskyite" politics that underpin the narrative.
Eliot signed off expressing his regret that the rejection would deny Faber and Faber the opportunity of publishing Orwell's future work, further stating: "and I have a regard for your work, because it is good writing of fundamental integrity." 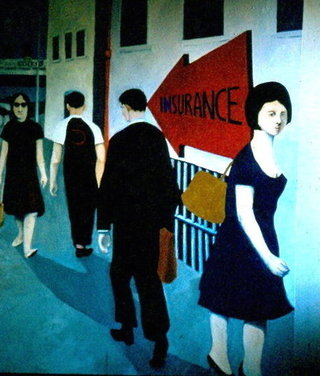 YOU NEED TO BE hard headed in Rome to distinguish religion from witchcraft.

IF PROUST DID NOT make such a snobbish to-do about diction, it might be easier to forgive him for his battering of the sentence to rubble and his apparent contempt for the paragraph. He relies on commas and semicolons to do what should be done by full stops, of which there are too few, many of them in the wrong place. Sentences run to thousands of words and scores of subordinate clauses, until the reader has no recollection of the main clause or indeed whether there ever was one.

THE TELEPHONE RINGS, interrupting our dinner, the tense, jarring sound phones make when you are waiting for a message; perhaps word that someone close has died.

There is a long pause, John considering whether to go on, his earlier tone indicating that he was expecting to hear good news.

"Tell your Mom that I have some fish for her . . . catties . . . just caught.
All she has to do is clean them. I'm bringing them right over." John says, and then hangs up.

I have no chance to protest, nor to ask my mother if she even wants some fresh fish delivered right now.

We hurry to finish our dessert, two portions of homemade apple pie. There is none left to serve to John, who loves my mother's apple pie, if he should arrive while we are eating our pieces, and the first bites we have already taken from these slices have made them unofferable.

Arriving at the back stairs almost immediately, John shouts: "Hello!I brought the fish."

I walk out on the porch to greet him. My eyes do not meet his, rather they are drawn to the bucket of squirming, green and silver and brown, mustached and scaled creatures, swimming in more of their own kind than water, what little there is of it turned pink by fluids that must have once been inside the fish themselves.

The widow woman from next door, also telephoned from his nephew's house, and who is considering the possibility of the never married John, arrives at my mother's back steps with her knife. The three begin in earnest: decapitating, splitting, gutting, and then laying the pieces out on the concrete stairs. Severed, the fish heads wink their eyes, and open and close their mouths, a gesture that must have been what got them here in the first place. Then, they shut up for ever.

"Fresh!" John says, holding up the streamlined creature wiggling in his hand, its intuitive grasping at life to be taken as proof of his statement. "I caught them just this morning at Slocum Bottom. They were running . . . just jumping on my line. I was using leaches . . . they like leaches."

"Get a knife from the kitchen, Son," my mother says, turning to me, "John will show you how to clean fish."

Several tails on the pile of discarded pieces still flap, obeying motor commands sent by brains that now lie in a separate heap.

I go inside, as if to get a knife, but do not come back out.

Eight plastic bags dripping fluids, six machines pulsating with multicolored digital readouts that monitor his every puff and beat, and finally cutting away more than half of his insides, keeps my father alive for another three weeks; then the huffing and burbling, and beeping and wheezing stops.

John, no relation, but a close friend of my father, gets to ride in the limousine at the funeral, all the real relations being either too far away or already dead.

"Jeez, this is a great car!" says John on the way to the church, never having ridden in a Cadillac before.

"Jeez, this is a great car!" says John on the way to the cemetery.

He has never wanted a car before, content to walk wherever he needs to go in our small town, but a Cadillac is different.

"I'm getting old," John says, "I shouldn't have to walk up and down these hills every day."

He does not realize that it is probably because of these daily walks that he has reached his fine old age.

"I could use a Cadillac to go fishing," John tells us, "and not have to wait for my nephew to take me . . . he works and can only go on Saturdays. Do you know how much a Cadillac costs . . . I mean a good used one? I couldn’t afford a new one. I would think that people who owned Cadillacs keep them in pretty good condition, wouldn’t you?”

For the remainder of the day, John talks only of his future Cadillac; thereby avoiding the grief my mother and I are experiencing. 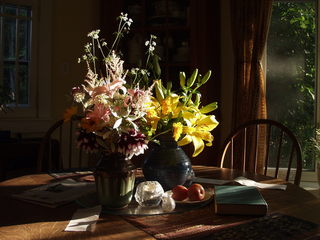